​
In this project we started by reading “Things Fall Apart.” In this book you follow the life of Okonkwo, a powerful clansman, living in Umuofia (present day Nigeria). British missionaries arrive in Umuofia and disrupt the Ibo culture. This ends up being too much for Okonkwo and he ends up taking his own life. After the class completed the book we learned about the colonization of Africa. We studied the idea of imperialism, expanding a country’s power using force, and how it played into Africa. Additionally, my class and I learned the Berlin Conference helped European Countries expand their territories into Africa. To conclude the project, we partook in a mock trial with both humanities classes defending or prosecuting Okonkwo’s suicide. I was assigned to defend the British Empire and how they were not guilty of Okonkwo’s suicide.

In the trial, I was a direct examiner defending the British Empire against the Village of Umuofia for Okonkwo’s death. As a direct examiner, I was in charge of questioning witnesses. My goal was to create questions that would bring out how unstable and violent Okonkwo was. I direct examined the court messenger and Nwoye (Okonkwo’s son). When I was questioning the court messenger I asked, “ What happened on the second market day in March?” I asked this question in order for the court messenger to speak about her experience seeing Okonkwo behead one of her fellow messengers at a town gathering. This was perfect anecdotal evidence to prove Okonkwo was mentally unwell.  Furthermore, when I direct examined Nwoye my goal was to show how Okonkwo was a dangerous father. My strongest questions where, “Did your father even mistreat you?” and  “what did your father do when he found out you wanted to be Christian?” Both these questions brought up how Okonkwo beat Nwoye and his family. I was proud of how my questions turned out and I believed my questions brought out crucial details in the case.

I strengthened my skills in public speaking and coming up with things on the spot. When I got up to the stand I was very nervous. My first questions were objected and I had to quickly reword the questions in order for the judge to approve of them. When I direct examined my second witness, I was much very confident. None of my questions were objected and my witness was named the “star witness”. I was even relaxed while questioning my witness. I can take away from this experience if I approach a situation confidently I will excel.

The biggest understanding I will take away from this project is how Africa was colonized. I believe as America’s we learn very little about Africa and its history. (In this project I was told Texas has banned their textbooks from discussing the colonization of Africa. Because Texas is such a huge part of the textbook economy, most textbook companies do not print books talking about African Colonization.) I learned how the European used their advanced technology to explore and colonize deep into the African interior. The steam engine in trains and boats, the maxim gun, and quinine, were the most influential things that helped them conquer Africa. I discovered European countries met at the Berlin Conference to divide African territory for each to colonize. This eliminated conflict between European countries, therefore, they were more powerful towards Africa. Additionally, the collapse of the Atlantic Slave Trade made it difficult for Africans to defeat Europe’s powerful force. After Europe’s century-long rule in Africa, most African countries became independent.
See me in the Durango Herald 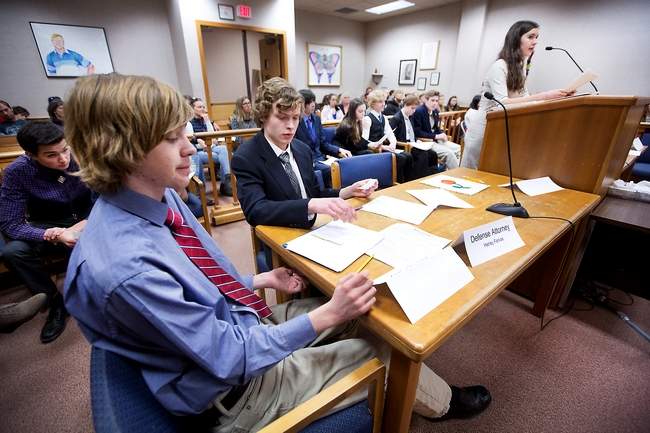